A year in projects at Lumon North America: 2021

2021 is coming to a close, and the year was an exciting one on Lumon's project front. The year also came with exciting news in the segment, such as North Vancouver's amendment of bylaws to include the retractable balcony concept. Both in Eastern and Western Canada, new developments as well as retrofitted projects came together with livelier facades and more usable space for their residents. In this blog, we will highlight some of the most exciting projects completed in the year 2021.

The project 'Coco' located in Vancouver is a new project development and is special, as it is the first project to be built by Lumon in the city of Vancouver itself. From an architectural perspective, it also works to combine elegance and Nordic simplicity, while bringing life to the facade itself through the ways in which residents choose to put the units to use! The project is also the first concrete project to include Lumon's concept within North America.

This architectural solution perfectly adapts to design elements of Lumon's product, and the implementation of the retractable glass balconies has opened the doors for the project to be nominated for two Georgie awards including 'most innovative feature'.

From the developer's perspective, a major benefit has been the ability to provide access to 'safe spaces' from inside the units, with significant protection from noise, considering the proximity of passing traffic.

Why Lumon for your next project? Read more here. 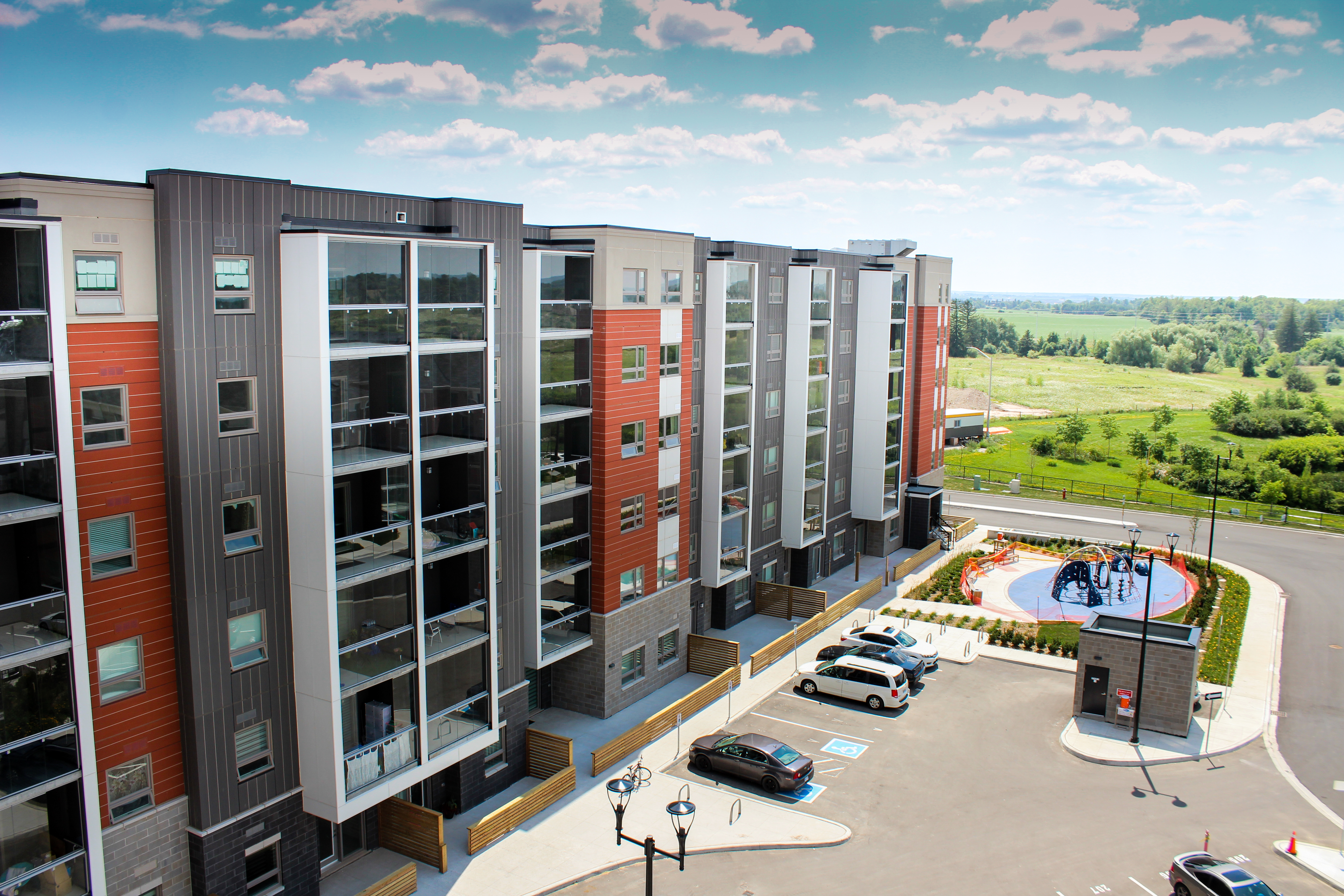 The Union was the first concrete project completed in the area, and the 3rd project completed with Mattamy Homes. At Lumon, the development of relationships with developers, architects, project managers and the like is crucial in the completion of collaborative projects. Especially in regard to The Union, an exciting component has been the ongoing 'non-transactional' relationship between Lumon and the developer. These relationships of trust enable long-term succession planning and working together to maximize usability of city homes.

Think Lumon is the right fit for your development or next project? Download our Design Tools now.

Working closely with Lumon in the building phase enables all involved parties to be a part of the design process, which makes for efficient installation possibilities, as Lumon's concept is implemented from the very beginning. This is what made project management and installation go smoothly in the coming together of The Union, as well!

The Terrazzo project located in Abbotsford, British Columbia is a perfect example of the transformation of a facade with Lumon's concept. It can also be seen, throughout completed projects, how design elements of each individual project are considered carefully to make sure the implementation of retractable balconies matches with the character of the building.

In this project, the developer especially saw the value of the added usable space through the fact that the units sold much quicker than usual. The added value of a usable balcony space was a major contributor in attracting residents.

Watch this clip of the Terrazo project here.

Units with Lumon glazing: 64 (total of 180 units in all three phases)

This development in Rockland has the backside units opening up to face a magnificent golf course. The balconies are also great in size, each one sizing to 5.5m x 2.5m. Transferring the outside spaces to be usable, the residents of the home have really made the facade of the building come alive - so much so, that decorating the balconies has almost become an 'internal competition.'

Working with the developer CH Clements has become an important relationship in the movement for change in how outdoor spaces in city homes are perceived. So much so, that the third phase of the project was already decided to be implemented with Lumon's system before the completion of the second phase. The significance of trusted partners is especially important to the developer, and considers Lumon as such!

'Lumon is the number one selling feature of the units,’  states Quadra Homes VP of Planning in an interview with Project Manager Joash Pleiter.

The Forest Ridge development, completed alongside Quadra Homes, has clearly shown how ROI for developments can be increased with Lumon's product. In a press release from Lumon, from which the above quotation is cited from, the value proposition of Lumon becomes evident - from 'places' to 'spaces.'

Project Manager at Lumon, Joash Pleiter, has strong beliefs that Lumon's retractable balconies are to become a regular sight in North American cityscapes in 20 years, which is already the case in many countries in Europe.

A rendering of Vetta spa

The Vetta Spa located in Horseshoe Valley, Ontario - near the city of Barrie, is a Nordic concept, which includes a 'Lumon room' to fit with its Nordic theme. The specialty of this project is the evident lifestyle aspect of Lumon's product which it brings forth - pushing the concept of Scandinavian 'easy' and simple living. The Spa will open on January 3rd, 2022. Read more about it here.

In Vetta's hopes to expand, this will be one of many projects which Lumon will be involved with in the years to come! 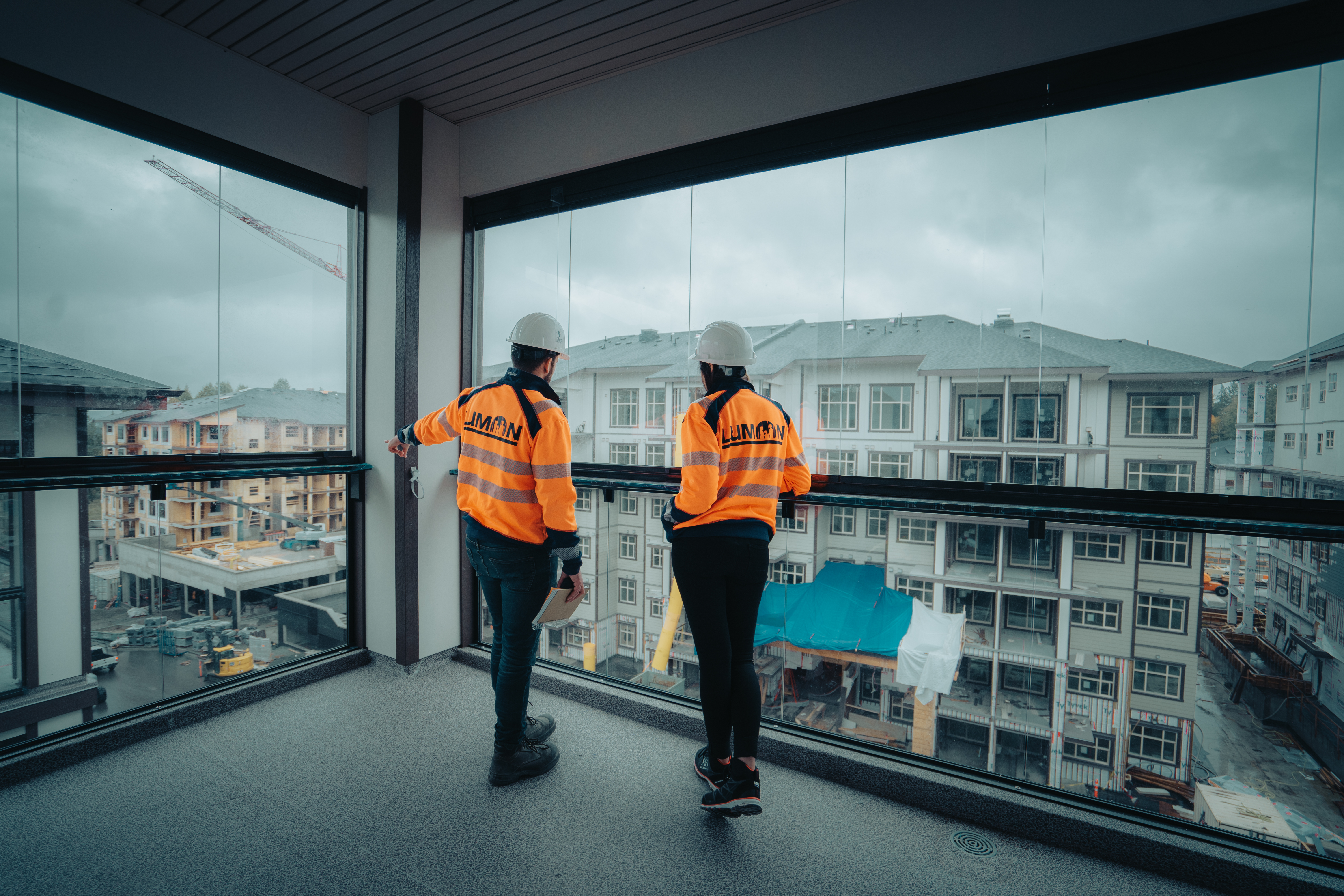 For Lumon in North America, this is an exciting development, as it is by far the most extensive one for Lumon to undertake on the continent. At the time of sale, it was also the biggest project that Lumon had ever had in its global history.

The units in the building provide versatility for use of spaces, and residents have transformed their balconies already into home offices, gyms, or just areas for lounging. The ground floor units also open up to the park - so residents can leave the building without ever leaving their units!

You can listen to Project Manager Joash Pleiter discuss the project development and Lumon's involvement in it here.

The past year has brought many exciting news to Lumon's growth - and the growth continues! As the Lumon concept becomes increasingly recognized and accepted by local bylaws, the added value is recognized by developers, architects, project managers and other professionals. 2022 already looks promising!  Contact us to start planning future developments and join us in the ride for better homes, better lives, and a better world.

What is the best solution for your Restaurant Patio: Vinyl or Glass Enclosures?

How to create a Timeless Design for your project with Lumon?